The Unknown Beginnings of Eggs Benedict 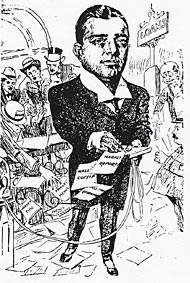 The history of eggs benedict and its origin is a highly debated topic. It is believed that it was created in the 1890s at the Waldorf Hotel in New York City. Lemuel Benedict is the believed creator of the dish. One morning he ordered two poached eggs, bacon, toast and a side of hollandaise sauce which led to him making 'eggs benedict'. The creation caught the attention of the restaurant manager Oscar, who then recreated eggs Benedict and put it on the menu but he substituted Canadian bacon for bacon and an English muffin for toast.

Another version of the story begins with a Mr. and Mrs. LeGrand Benedict as being the founders of the dish. The couple regularly ate at Delmonico’s but have become bored with the menu, and on a whim ordered the ingredients for eggs benedict. The same year that Lemuel Benedict had created his order at the Waldorf Hotel, the chef of Delmonico’s had come out with a cookbook that included a recipe similar to the dish Lemuel Benedict built.

With that, we still do not really know the exact origin of the eggs benedict.